Following the tragic murder last week in New Orleans of a 21 year old Black trans woman named Penny Proud, noted NYC trans advocate Kristen Parker quickly responded with a moving video commentary which was so unedited and emotionally powerful that it quickly went viral in many trans and ally circles. 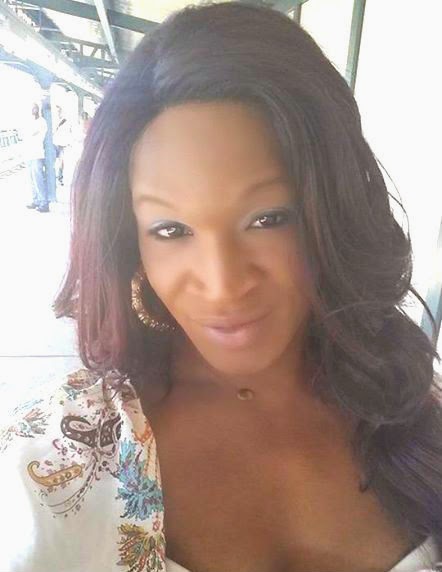 Kristen is 33, from the Bronx and is currently the Program Coordinator of MCCNY’s Trans in Action. Towards the beginning of Kristen’s near five minute long video she exclaims,


Throughout the video Kristen reiterated her disdain for the double standard often seen in some non-trans African American individuals (including some Black churches, many hip hop lyrics, online comments sections, Black national/local non-profits and some racial social justice advocacy spaces) that imply that the civil rights movement’s recipients don’t include Black trans women (as if their lives don’t matter as much as non-trans Black lives).


Kristen said, “During the civil rights movement everybody got together; we all had our civil rights problems. And guess what? We overcame - or so we thought. You would think that civil rights would apply to everyone. Every day I flick on the television or scroll down my news feed it’s yet another murder of a trans woman... Why can’t I just live dammit, why can’t I just be myself? People in my own [Black] community, as a Black person, talk about how ‘God doesn’t like’ me. Isn’t that the same sh*t that the white man said about your [freakin’] a*s just for the color of your skin!? So think about that sh*t before you feel that you need to give me ‘what God feels’ - Because the white man felt that ‘God inspired them’ to put your a*s ‘on a slave ship’!”


We reached out to Kristen to ask her why she felt her video resonated with so many trans people and for any additional thoughts.


The response has been amazing and I feel the support that the community has given me acknowledges what we are all thinking but can never truly form the words to say. I've also gotten some negative responses as well behind some of the things I touched on in the video, predominantly by males, of course.


I know all too well some of the struggles we as trans women face, such as the violence often associated with intimate partners and domestic abuse.  It's sad to think that the ones we love can turn on us and be the ones to hurt us!


Another important point Kristen spoke of in her video was the media’s blatant misgendering of trans women after death:


“Not only that: Then you disrespect her in death by not acknowledging the fact of who she was as a person, as an individual. This goes to the media: How dare you!...If you’re going to report her death can’t you just give her the respect and respect her for the person that she is? The news, I just can’t with you anymore, you constantly disrespect us”


BTWLM asked Kristen to further describe the media’s problematic reporting of trans female homicide stories:
It’s hard enough to deal with the loss of a sister, but the media makes it worse by misgendering her, not respecting her chosen name and using incorrect gender pronouns. The media’s disrespectful coverage of murdered trans women sends the wrong message to society that it’s ok to dismiss our true gender.
A portion of Kristen’s closing statements:

Popular posts from this blog

Reflections of '#SayHerName: An Evening of Arts & Action' 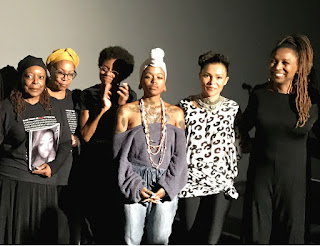 WATCH entire #SayHerName performance via Hammer's Livestream On March 28th, 2017 at Westwood, California’s Hammer Museum a special performance of spoken word, song and movement entitled #SayHerName: An Evening of Arts and Action , curated by Abby Dobson , honored Black women and girls victimized by police brutality, featuring family members of victims, celebrated artists, civil rights scholars and social justice advocates. After performance: Justice for our sisters, daughters, mothers and loved ones up above Hosted by  African American Policy Forum , t his special evening was part of the third annual #HerDreamDeferred , a  weeklong series focusing on the status of Black women and girls by offering analysis and solutions to social injustice, organized by leading critical race theorist Kimberlé Crenshaw , a Columbia and UCLA law professor. "Black women and girls have continually been on the front lines of progressive change movements, using the
Read more 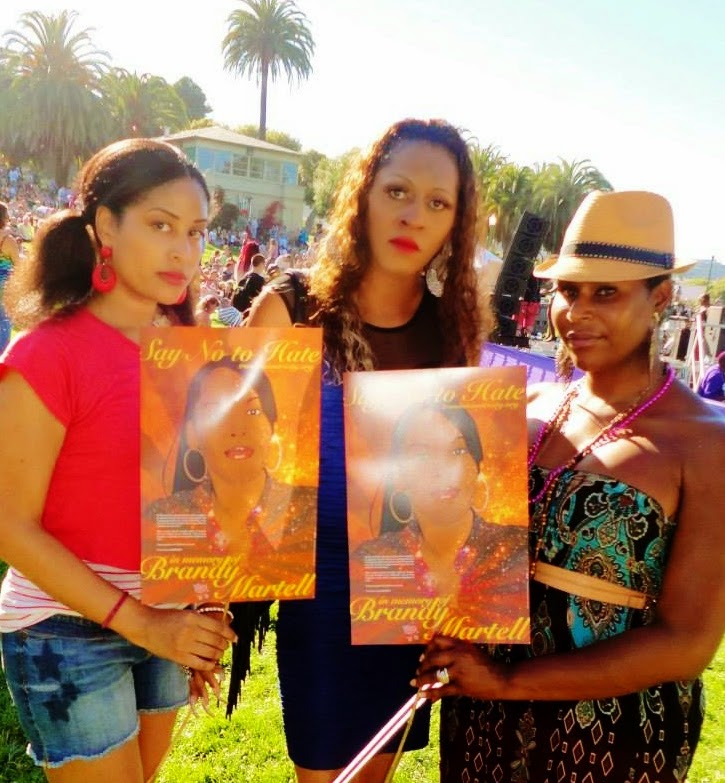 Black Trans* Women’s Lives Matter Vigil and ‘ Call for Peace ’ @   Congressional Black Caucus Conference WHAT: Black Trans* Women’s Lives Matter is holding a vigil and ‘call for peace’ outside the Congressional Black Caucus Conference to honor the Black and Latina women murdered in 2014 and to draw attention to this ongoing epidemic. WHEN: Saturday, September 27 th from 4:00pm to 5:30pm WHERE: Outside the Walter E. Washington Convention Center, Washington D.C. ABOUT: Black Trans* Women’s Lives Matter , a national call for peace, is a social justice campaign drawing attention to America’s epidemic of male violence and hate crime murders targeting African American young girls and women in the transsexual and transgender communities. We aim to defend our sisters from the misogynistic, transphobic and racist forces that fuel our oppression and to challenge the discriminatory laws and unjust courts that often fail us. We seek solidarity and authentic suppo
Read more

Black Trans Women Lives Matter
Black Trans* Women's Lives Matter, a national call for peace, is a social justice campaign drawing attention to America’s epidemic of male violence and hate crime murders targeting African American young girls and women in the transsexual and transgender communities. We aim to defend our sisters from the misogynistic, transphobic and racist forces that fuel our oppression and to challenge the discriminatory laws and unjust courts that often fail us. We seek solidarity and authentic support from the mainstream Black social justice movement, our elected officials and progressive media in addressing this crisis. Yes, #BlackLivesMatter - and we humbly pray that also includes #BlackTransWomensLivesMatter